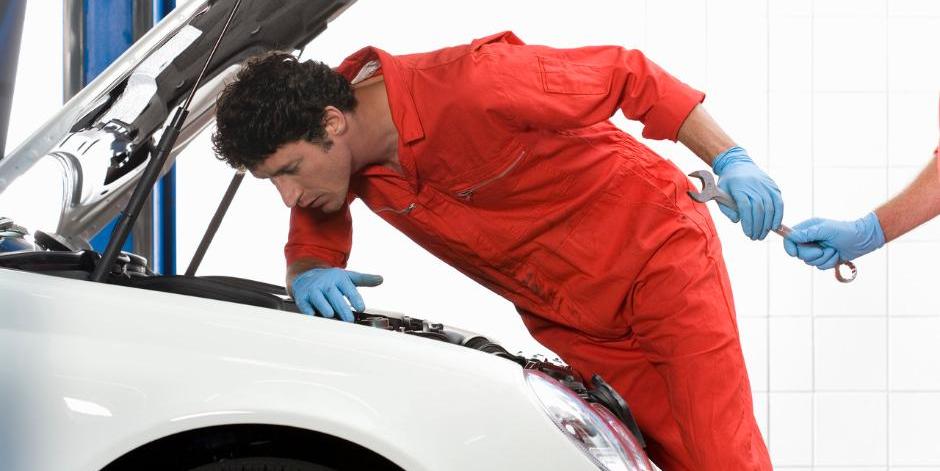 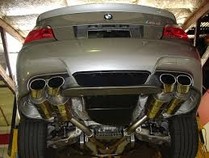 Q: How long can I expect my original exhaust system to last?

A: Today’s exhaust system components last years longer than in the past. Barring road damage, you can expect your original muffler, exhaust pipes, and catalytic converter to serve you eight to 10 years. Most catalytic converters have an eight-year, 80,000-mile warranty.

Q: How often should I have my exhaust system checked?

Q: What is a catalytic converter?

A: A catalytic converter is a canister-like device that reduces harmful automobile emissions. The catalytic converter was introduced in 1975 following the enactment of federal clean air laws. Most cars today are equipped with a three-way catalytic converter, so called because the device diminishes three harmful exhaust components—nitrogen oxide, nitrogen dioxide, and unburned hydrocarbons including carbon monoxide.

Q: How does a catalytic converter work?

A: Exhaust passes through the catalytic converter before it passes through the muffler and tail pipe. A ceramic honeycomb lines the catalytic converter. Metal catalysts—usually platinum, rhodium, and palladium—coat the structure, which increases surface area for contact with the exhaust. The catalysts speed up the chemical reactions which convert harmful nitric oxide and unburned hydrocarbons into less harmful carbon dioxide, nitrogen, and water vapor.

Q: How do I know when I have a problem with my catalytic converter?

A: You vehicle’s onboard computer monitors your vehicle’s exhaust emissions, if they fall below accepted levels, a warning light will appear on your dash. We can run a diagnostic to determine if it is your catalytic converter.

Q: Why are catalytic converters so expensive?

A: They contain the rare metals platinum, rhodium, and palladium, catalysts which reduce harmful auto emissions. Some of the newest catalytic converters use gold, which is cheaper than the other metals!

Q: What is an EGR valve?

A: An exhaust gas recirculation (EGR) valve has two important functions. 1) It reduces harmful pollutants. 2) It boosts fuel efficiency. The EGR valve recirculates a portion of your exhaust to be burned again in the engine. This results in a cooler, more complete consumption of fuel.

Q: What is an oxygen sensor?

A: The oxygen sensor monitors the amount of oxygen in the exhaust. The engine computer in your vehicle can adjust the fuel-to-air mixture for maximum combustion efficiency, decreasing the amount of harmful exhaust even before it reaches the catalytic converter and muffler.

Q: My car is running rough; could it be an exhaust system problem?

Q: How can I extend the life of my exhaust system components?

A: The cleaner your engine runs, the cleaner the exhaust that travels through your exhaust system. A periodic fuel system cleaning, not only will keep your engine running in top condition, but help prevent your EGR valve and catalytic converter from fouling.

Ready to Schedule Your Appointment?

We are open from:

We perform Maryland state inspection for only $83.00

Call us to schedule an appointment today.

Call us to scedule an appointment today.